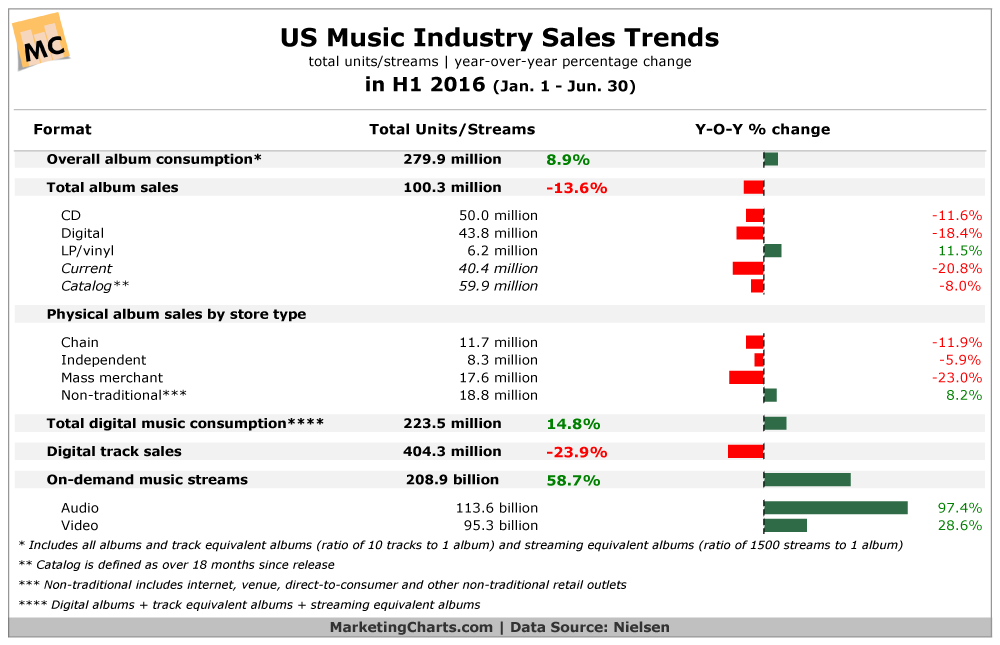 The number of audio streams has surpassed the number of video streams for the first time in the US music industry, says a Nielsen report. Audio streams jumped to 113.6 billion in the first half of the year, almost double the count from the year-earlier period. Video streams also grew, but by a relatively smaller 28.6% year-over-year, to 95.3 billion.

Other trends remained fairly steady from the full-year 2015 report. Overall album consumption, which includes track and streaming equivalent albums, grew by 8.9%, a more modest increase than in 2015 (15.2%). Read the rest at MarketingCharts.