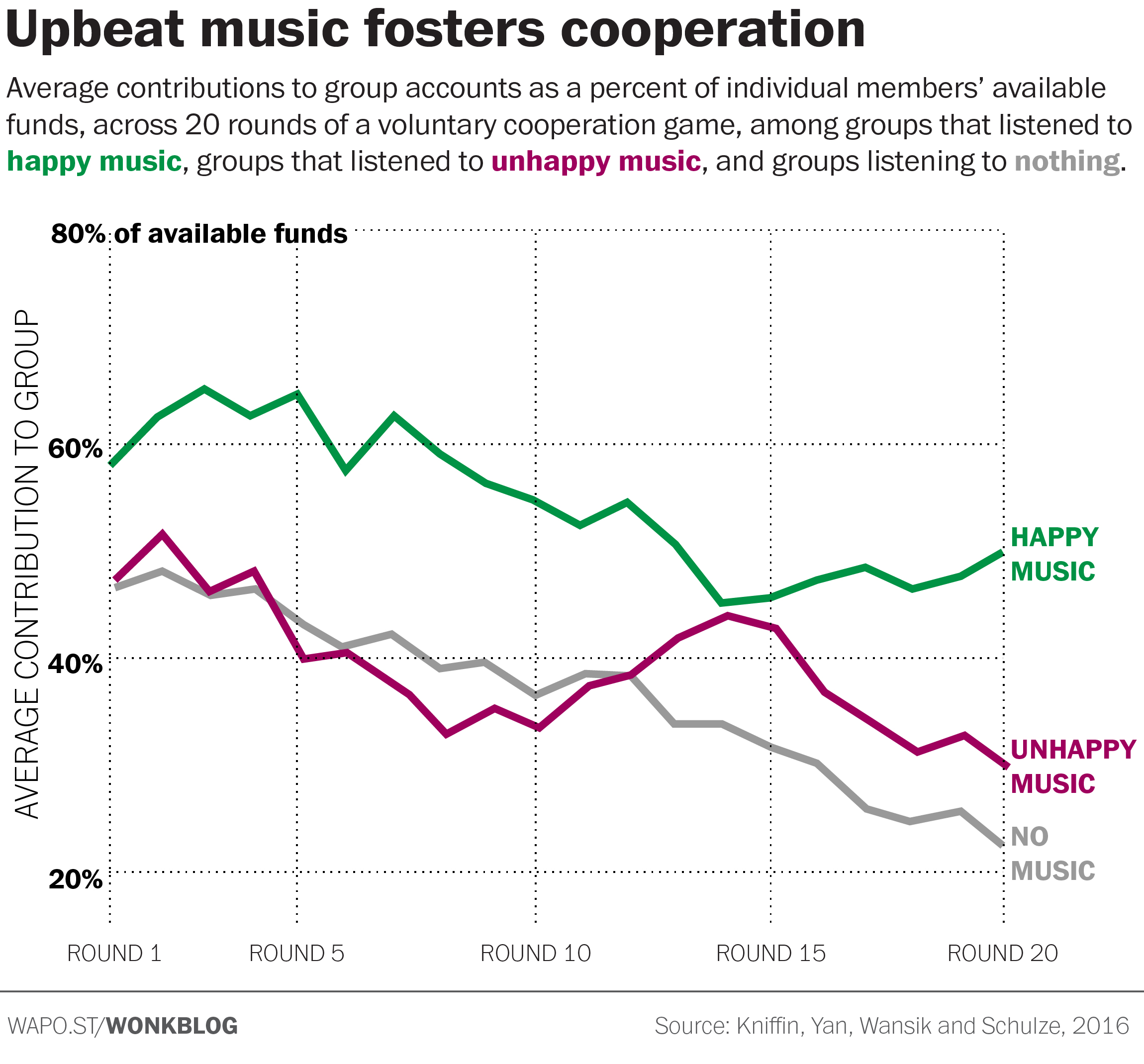 This chart illustrates the results of an experiment by a group of Cornell PhDs who created a test to see how different music types affected the collaborative behavior of different groups of people.

They recruited 188 undergrads to take part in a “voluntary contribution mechanism” (VCM) experiment, a well-established tool that researchers use to measure and manipulate cooperative behavior among research subjects.

The students were split into anonymous groups of three and interacted with each other via computer monitors. The VCM trial ran for 20 rounds. In each round, each student was given an allotment of cash that they could either contribute to a group pool or keep for themselves. Cash given to the group pool was multiplied 1.5 times before being distributed among the individuals, creating an incentive for giving.

The researchers found that through all 20 round of the experiment, one group of participants contributed more often.

“We found significantly and persistently higher levels of cooperative behavior by participants who were played Happy music when compared with the other two conditions,” the researchers wrote.