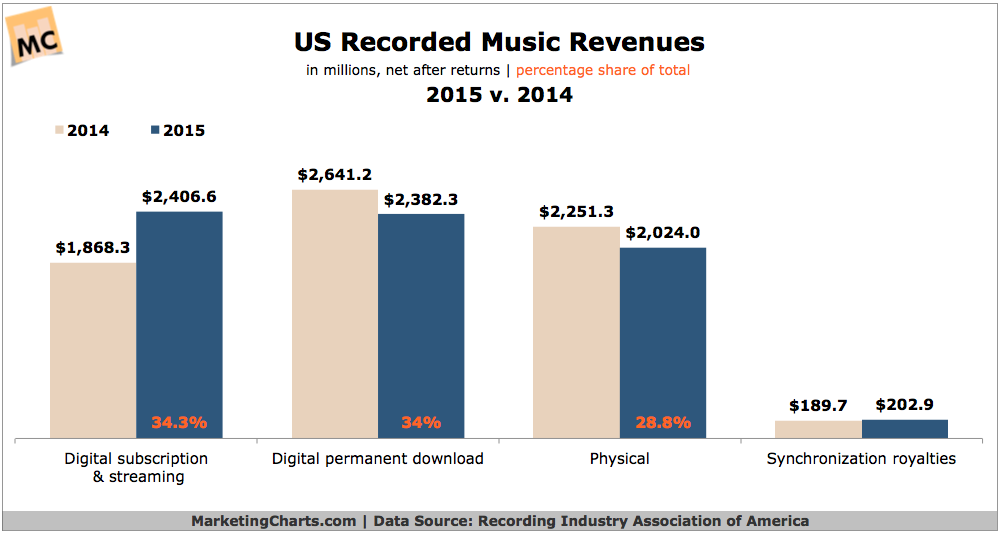 Some 34.3% of US recorded music revenues came from streaming services in 2015, reports the RIAA, up from 27% in 2014 and overtaking digital downloads (34% share) for the first time. Physical sales, meanwhile, comprised 29% of revenues, as CDs (the largest component of physical sales) saw a 17% decline in the dollar value of shipments.

Overall recorded music revenue growth came in at 0.9% for the year (to $7 billion), driven by a 29% increase in streaming revenues to $2.4 billion. The number of paid streaming subscriptions increased by more than 40% to 10.8 million for the year. Read the rest at MarketingCharts.