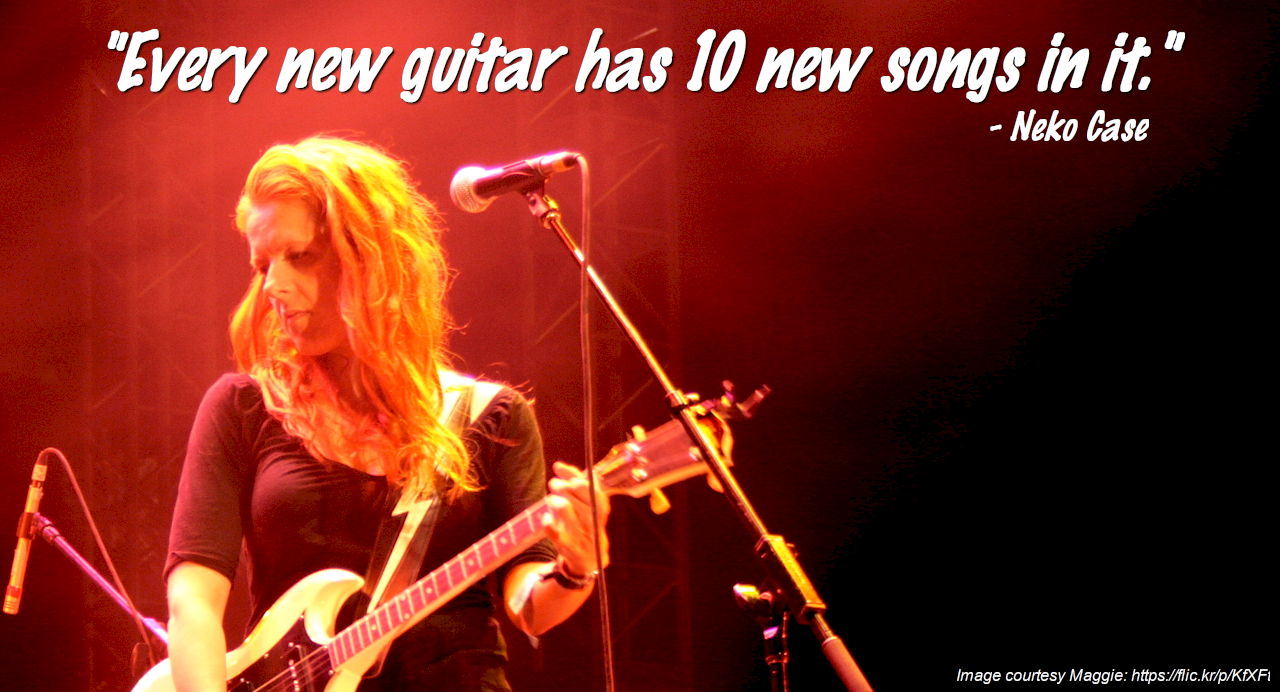 This is fantastic. (A hat tip to my friend Rick Birmingham, who pointed it out to me.)

As the owner of more than a few guitars, my standard response to people who believe that is a tad excessive is: “You can never have enough guitars.” Now I have expert supporting evidence for that stance.

In this interview with NPR, Neko Case declares her love for her Fender Jazzmaster guitar. I can confirm that the love is justified. My friend John Kuehn owned one and to this day, it remains the best guitar I’ve ever played.

Fretboard Journal has a wonderful interview with Case in which she discusses at length her guitar collection and says:

“My friend once told me that every new guitar has 10 new songs in it,” she says, “which isn’t a reason to go out and buy new guitars. But I’ve found that when I started collecting instruments that I became more and more interested in trying to sit down and write music, which is my job.”