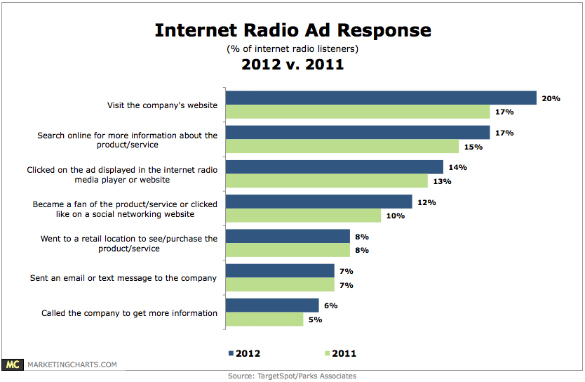 Internet radio use is on the rise, reaching 42% of US broadband households, and this has translated to higher effectiveness for advertisers, says TargetSpot [PDF] in a May 2012 study.